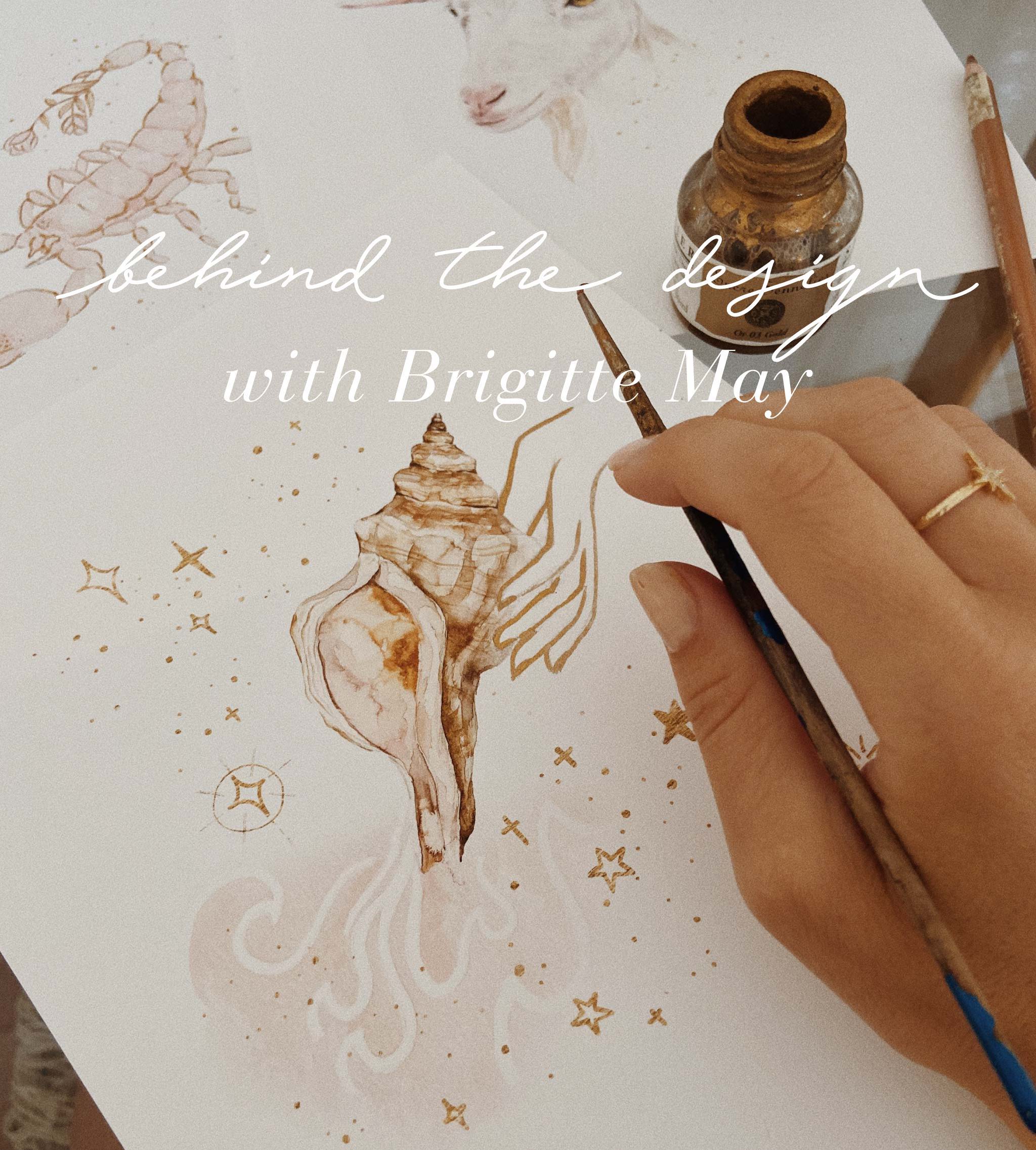 Each whimsical illustration has been coupled with empowering and inspiring words of affirmation written for each zodiac sign by mindful Astrologer, Amy McDermott of Sisters Village.

We spoke to Brigitte May to learn more about her creative vision behind each artwork. 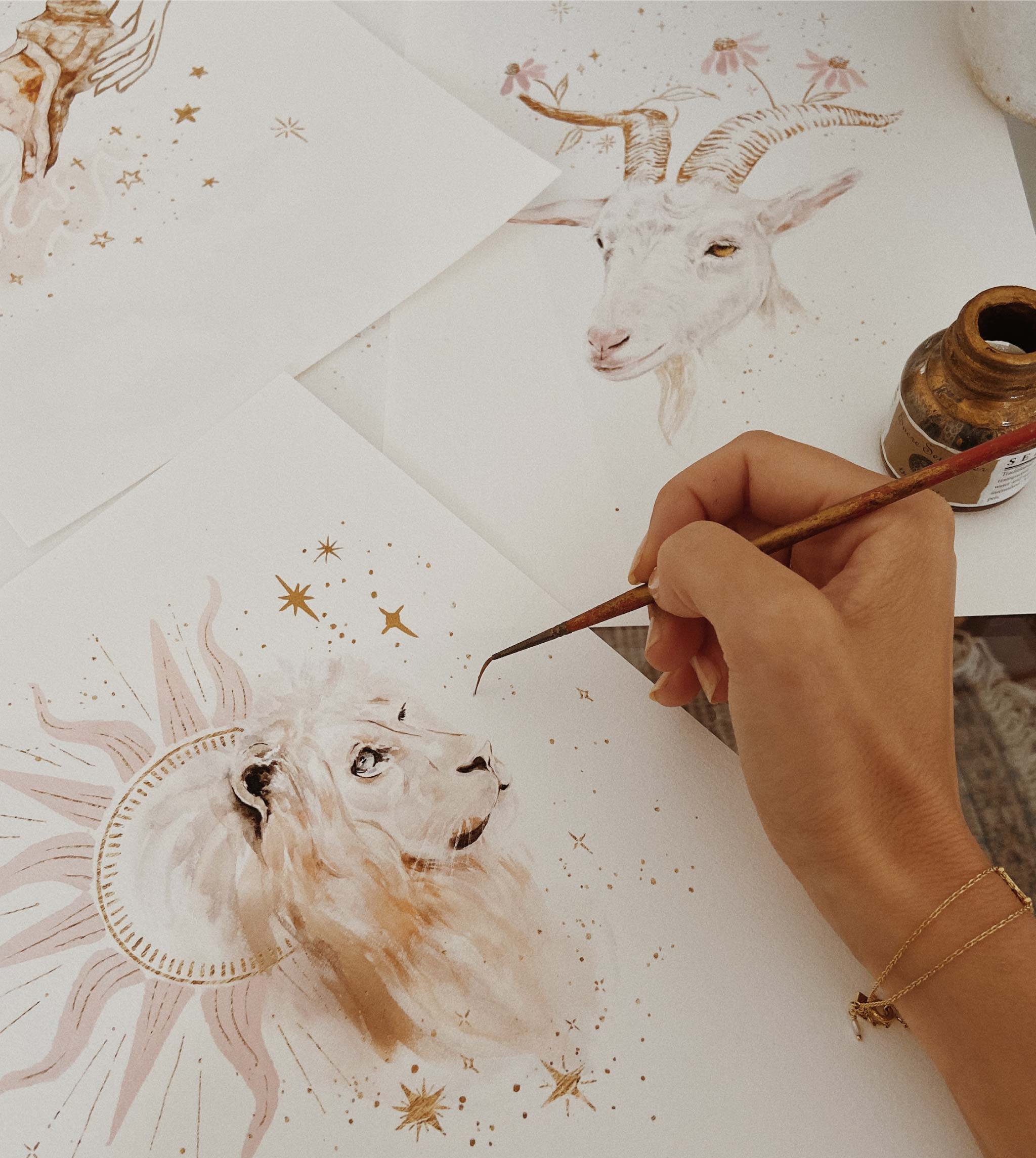 I'm a true Scorpio - extremely passionate and determined, whilst likely looking a little nonchalant and calm on the outside. 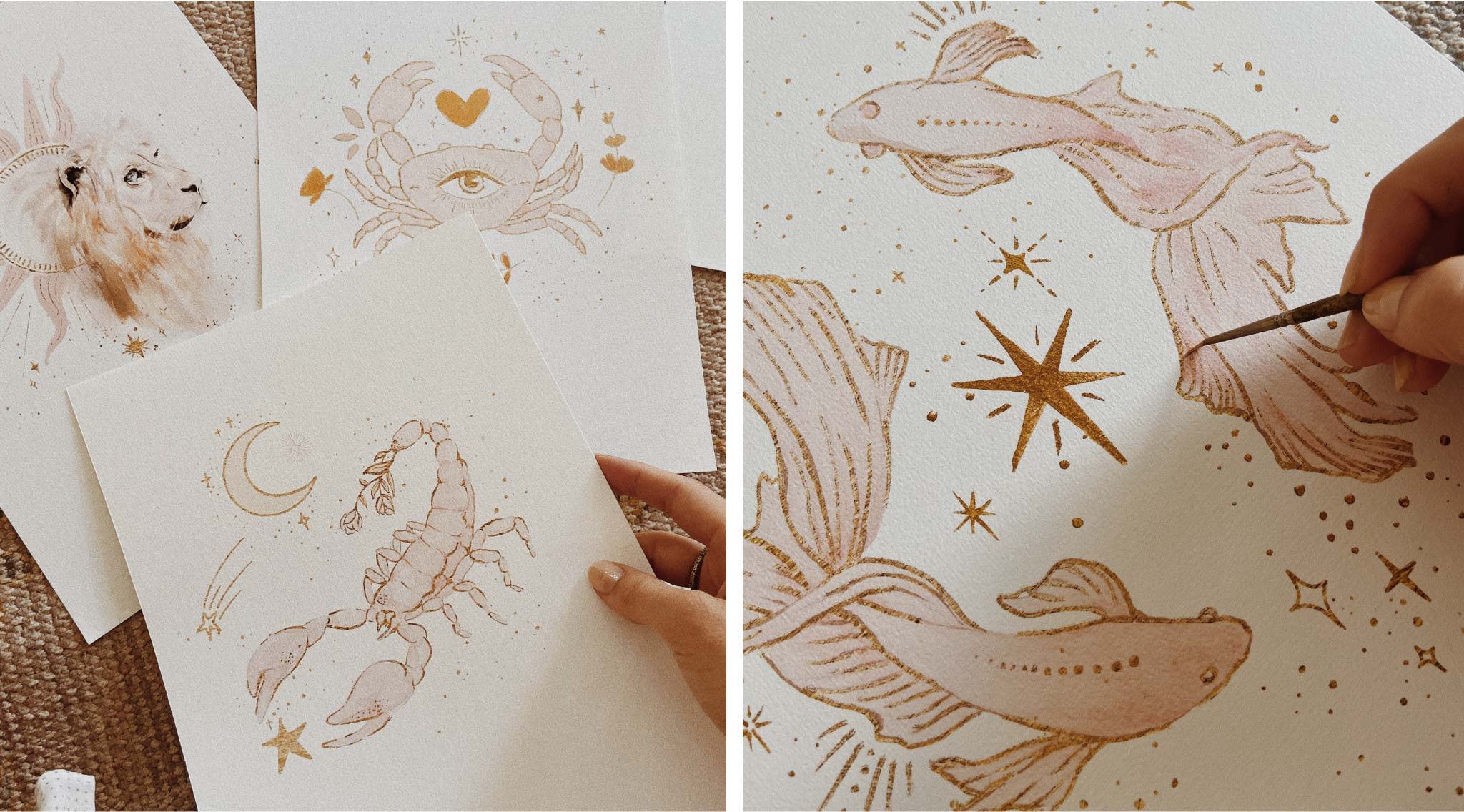 Tell us about the collaboration designs...

I had such a beautiful time illustrating these collaborative designs! The initial horoscope designs were created by By Charlotte, so I had a lovely foundation to draw upon. I brought them to life with a splash of soft pink and nude watercolour and plenty of golden ink, to have them sparkling as if in the night sky. I've been wishing to illustrate the zodiac signs for such a long time, so it was a dream to collaborate on these with a brand so aligned to my own. 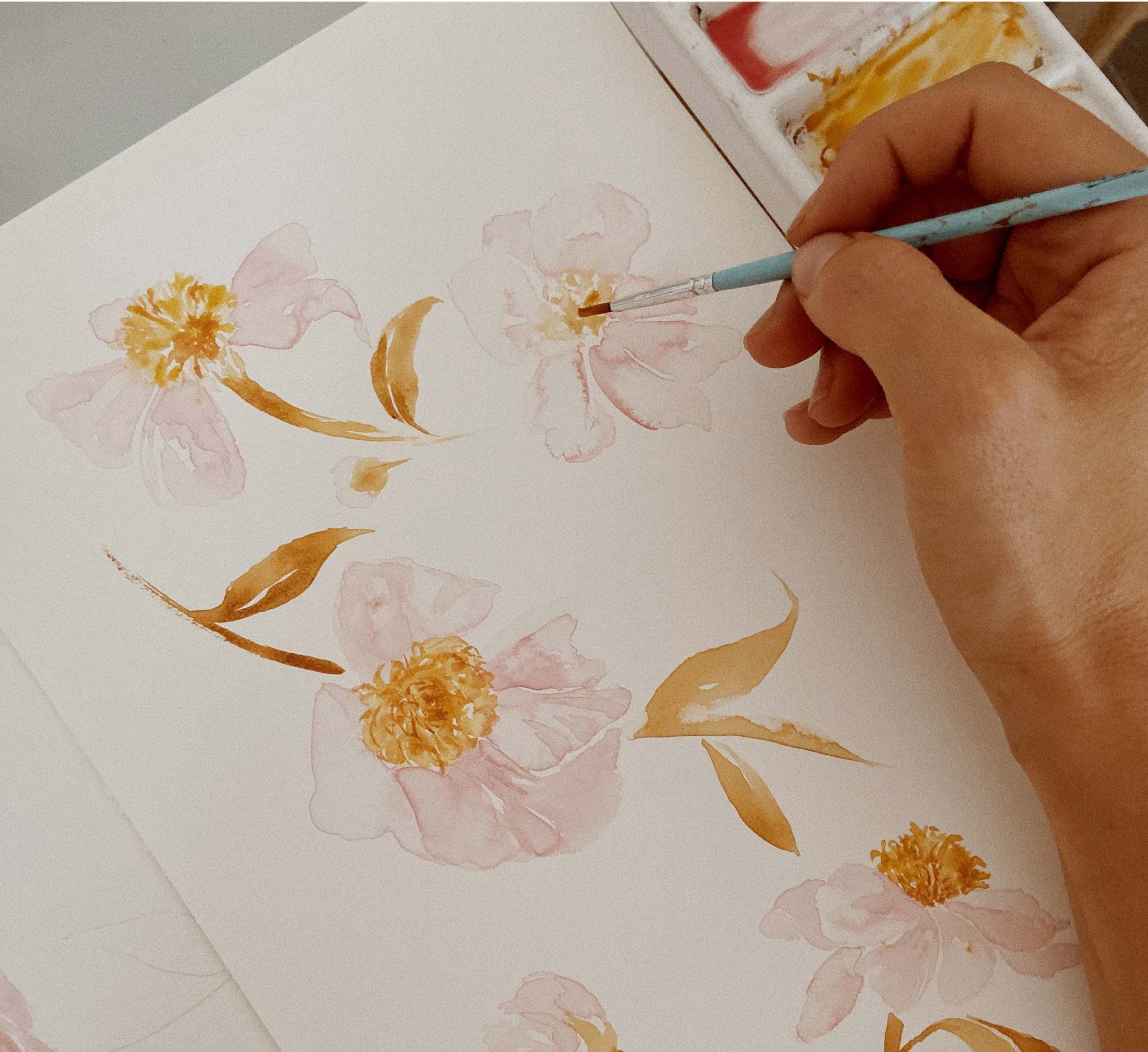 Tell us about your creative process...

Well, I usually begin with sourcing a plethora of reference imagery and putting together a colour palette. As mentioned, with these pieces, I had the sketch to work from, so this helped my usually indecisive mind cut straight to the illustrating. So from here, I'll very lightly put pencil to paper and sketch a rough outline, before all but erasing it and painting a pale watercolour base.

Depending on the strength of hue that I'm after, I'll build a few layers of watercolour before allowing to dry. And then (in this case), I'll add the shimmering gold outlines and star detailing.

To achieve some light hitting the golden accents, I photograph the illustration with some sunlight and then pop it into Photoshop, where I'll separate the image from the paper's background and play around with the composition/saturation/contrast etc.

I also have a photographed piece of gold foil, which I overlay the golden details with, as a photograph never quite captures gold perfectly within the original artwork. 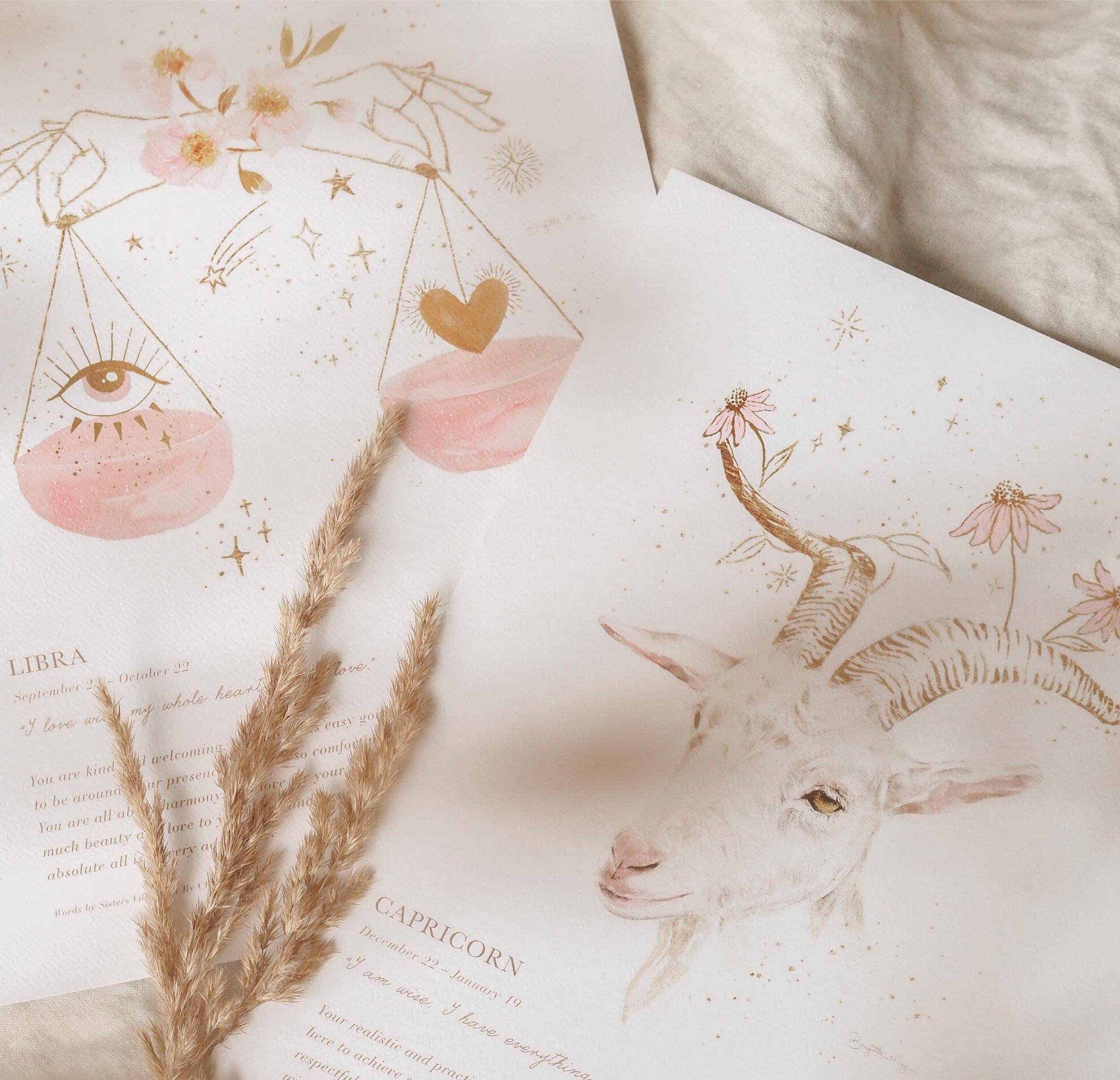 Thank you for your subscription

is added to your shopping cart.